Enough Japanese food for the moment, it’s time for some French! Taste Tokyo is a Tokyo food blog, not a Japanese food blog. I love French Food! It’s fun to look at, fun to eat and fun to mispronounce! I know you may not think to try French food in Tokyo but it’s definitely worth it! Especially if you’re visiting from Oceania and you are extra super duper far from Paris. As I mentioned in my first post  Tokyo has way more than just sushi. If we use Tripadvisor reviews as an indicator New York has 291 French restaurant listings. Where as Tokyo has 1,190 listings. That’s a significant difference. I’ve never known anyone who travels to the states to limit themselves to meat loaf and chicken wings. Which are, let’s face it, phenomenal and would make for an awesome trip to the states. You’d miss out on so much though!

Welcome to Chez le Mak. On the outskirts of Araki Cho in Shinjuku this is a tiny little place run by a Japanese chef with a serious flare for making French food with a few nods to the local palates.

Tiny, cozy and full of charm. That’s the whole place, you’re looking at all of it. Maybe this is how they can fit 1,190 French restaurants into one city. 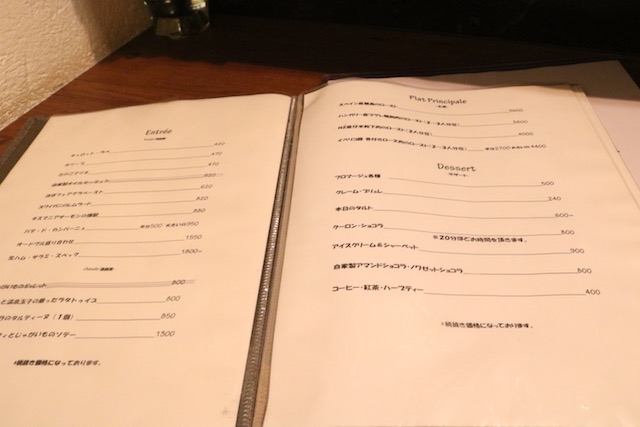 The menu is all in Japanese but the staff speak a bit of English (and a lot more French). The layout is in typical French style. Get yourself an entree or 2 and then a Plat Principle to share. They typically have seasonal specials written on paper taped to the walls as well. Just ask, they’ll be able to help you through it. I’ve never had anything here that wasn’t phenomenal.
I have no idea how to pronounce Coulommiers. But I know how to eat it! With wine! They have a rotating cheese menu. It’s 500 (4 USD) per cheese and you get a wee plate like this. Great start to the evening. Coulommiers is Brie’s lesser known cousin. Probably because it smells much worse. Despite having been washed. Weird. 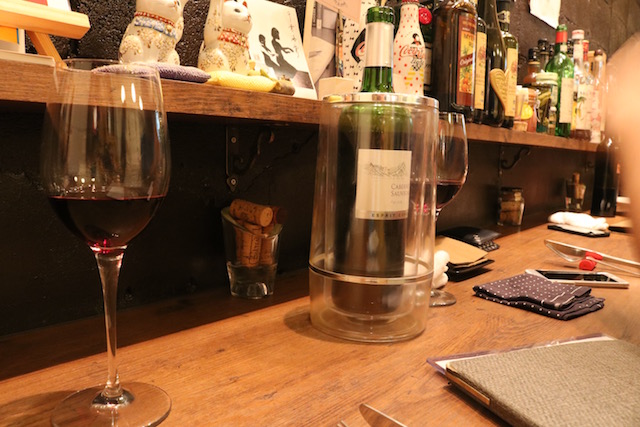 Wine time! Get the cheapest bottle. Runs about 25-30 USD per bottle here. 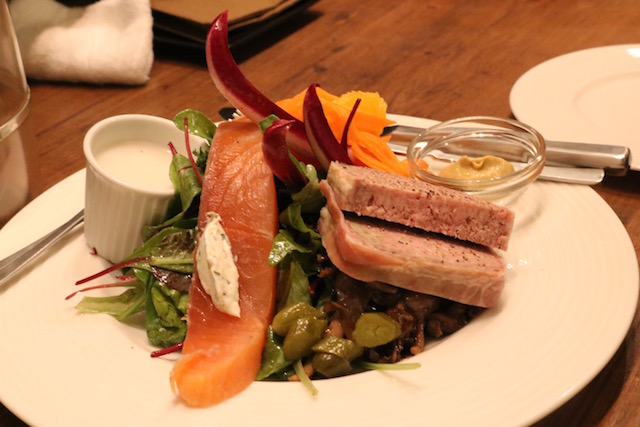 The seasonal item taped to the wall was Truffle Risotto. Holy crap, I’d never had this before but I hope to have it over and over again. Assuming I can save up the money…maybe in another year or two i can try this again. Buttery, fluffy, cheesy and then they add truffles cause those other things apparently didn’t go far enough for the French. 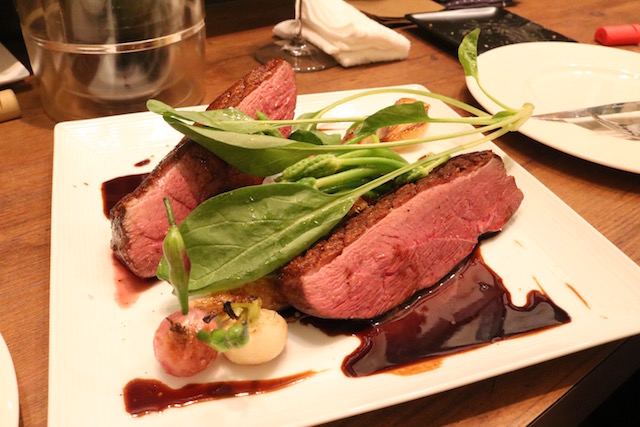 The final round went to the duck. This is always on the menu and I give it a huge thumbs up. If you’ve never had duck before this is a good place to start. It’s actually a fairly large plate of food. They don’t skimp on portions here.  See those little green things sticking out of the little potato? Those are baby daikon radishes. Also, if you look closely, on the top attached to those leaves is a strange looking green braided, nugget. That’s a wild Japanese baby mountain asparagus. Both nods to local palates. Every time I’ve been here thy have to explain some new seasonal vegetable I’ve never heard of. 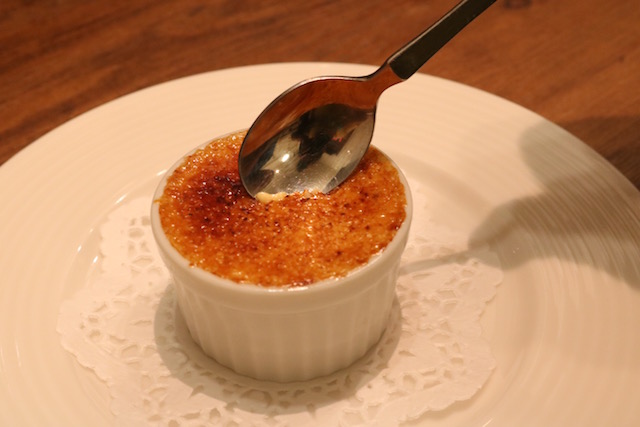 We shared all of these dishes and at this point I was so full I could feel the blood slowing in my veins. So it was time for dessert. They have tiny creme brulee for 240 yen! That’s less than 2 USD. Get several!
Also! They serve champagne like sake! 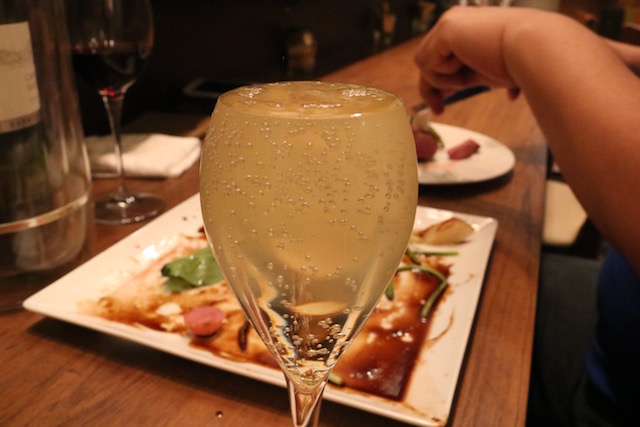 Perfectly poured up to the brim for 600 yen! About 5 USD.
If you live in Tokyo and are keen on exploring more of what Tokyo has to offer cuisine wise from other countries, this is a great place to cross France off the list.
They serve some serious nibbles here with ingredients that probably require a lot of infrastructure. So the prices do reflect that, this whole meal cost around 15,000 yen. About 120 USD. A bit steeper than what I normally post on here (it was yours trulys’ birthday). However, trying to find something that matches this quality outside of France might prove a stretch. I did a search through trip advisor looking for restaurants that serve duck in New York. You’re looking at 120 USD starting prices just for the duck. No bottles of plonk or truffle risotto included. I love eating French food in Tokyo because it is usually devoid of any sort of snobbery, it’s just another cuisine on offer in a city filled with cuisine.  All that competition keeps the prices in check. There are at least 5 other French restaurants that I know of about 5 minutes walk from Chez Le Mak. Also, they don’t tip in Japan. I always allow myself a few more drinks because “I’m saving on the tip!” Despite having not had to tip in 10 years.
A bit of a false economy.
If you’re keen on some French while in the Eastern Capital, you can’t go wrong with Chez Le Mak.

Tea Time at the Peak Lounge Tokyo – Tea With a View